This is a really important concept because what it really says is that one of the rules for artificial intelligence is that is actually making a difference in how people interact with technology. Traditionally the experience that someone has when they interact with technology is that they push buttons or they go look up things because it’s really organised the way the information is organised and the human has to go find it. What we are recognising is that artificial intelligence isn’t just something in the backend that might make someone more productive but it’s actually going to be the way people interact with technology and it’s going to change the nature of that experience. For example one of the trends that we’re beginning to see now is the introduction of voice as a way to interact with technology rather than typing. In healthcare that’s particularly important because in many cases you are dealing with an older person who either can’t see or might have arthritis so working on a smartphone might be a challenge. So the user experience is now also intelligent and that really becomes the key to making technology much more personalised and more human. 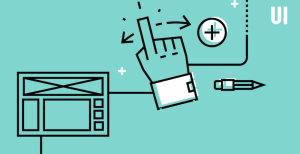 AI is looking more sophisticated in providing the experience, having a great potential to make every interface both simple and smart. And this is already happening. Think of people’s conversations with chat bots on the web, their requests to Alexa on an Amazon Echo speaker at home. In each of these examples people are interacting with technology through an AI intermediator. This turns the experience into something more natural and intuitive.

It is believed that AI will increasingly turn into the best way to find new business, economic and societal value. Twelve developed countries have been analyzed and showed that the artificial intelligence has the potential to double the growth rates by 2035.

Pantone Color of the Year 2018