Pop art colors, asymmetrical shapes, kitsch patterns, eccentricity, effervescence. This is how it would be described the memphis style that nowadays inspire more and more designers and brands. Extravagant and full of energy, the memphis style has an interesting history, being also connected to an almost ludic philosophy.

Born at the end of the 1980s, in Italy, under the impulse of a group of designers that the eager to inject a dose of fun to smooth interiors, the memphis style has for nearly seven years added color, asymmetry and madness to some of the most popular design pieces.

“Stuck inside of the mobile with the memphis blues again” … Who would have thought one day this song would give birth to an emblematic current of the world of design? It seems like the famous Italian designer Ettore Sottsass, the founding father of the Memphis movement, loved the rock spirit of this song and he used it very naturally to baptize and define the movement he created one evening of December. 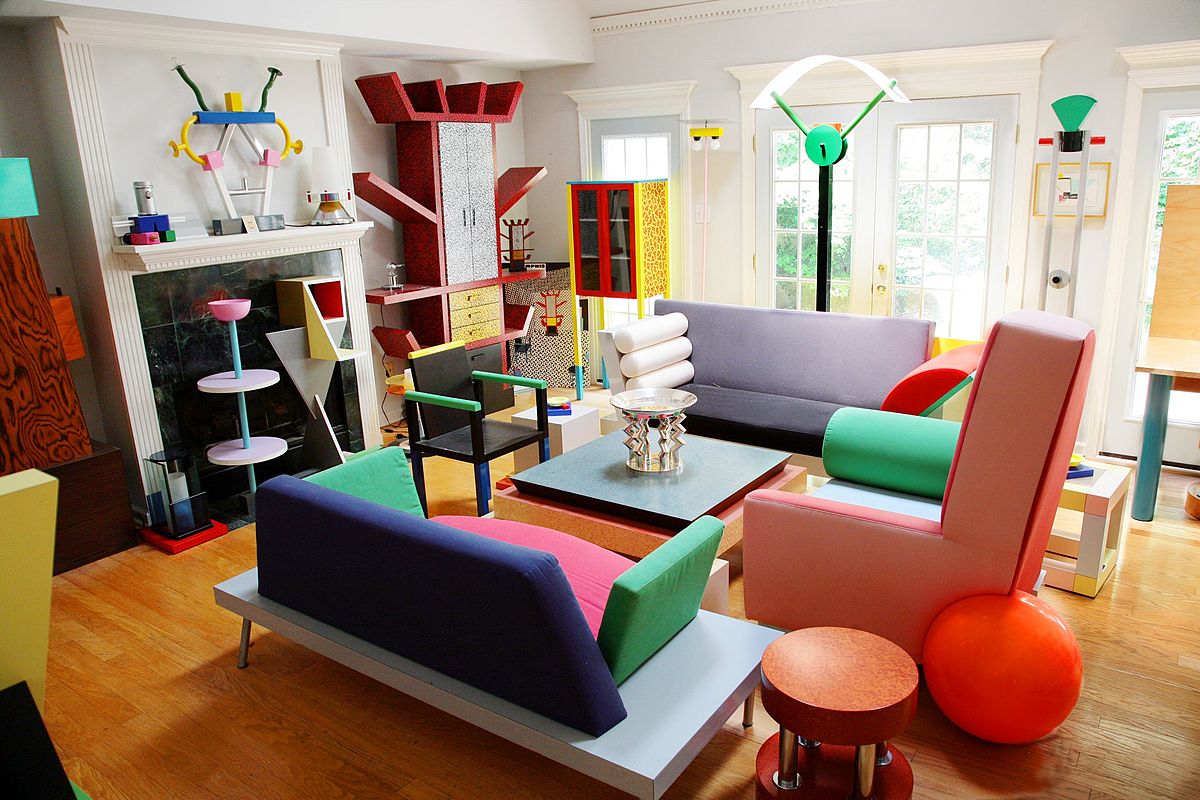 After confusing the whole Italy with their ideas, it was an international shock that the Memphis group provoked until it was dissolved in 1988. At a time when the functional and the rest of the Bauhaus style were the norm, the Memphis collective dynamited the codes, beginning neither more nor less than a design revolution.

Characteristics and Uses of Memphis style

The bourgeois interiors were chic and sober with cream-colored tints, glass tables and tubular frames everywhere. Overturning these principles, the memphis style militated for colorful interiors, where chic fabrics would be associated with kitsch materials… a true heresy for the time. Yes, it seems like these troublemakers of the design were not afraid of eccentricity. On the contrary, they married The Unusual. Wood, plastic, metal, laminate surfaces, all united in improbable forms. By its radicalism and its desire to completely change the rules of well designing, the memphis style became rapidly very popular.

Besides this taste for the asymmetrical forms, this style is distinguished by its primary colors. Red, yellow, blue and green are the favorite colors of the Memphis clan. This way, the bright colors and the exuberant design are actually the main characteristics of this style. 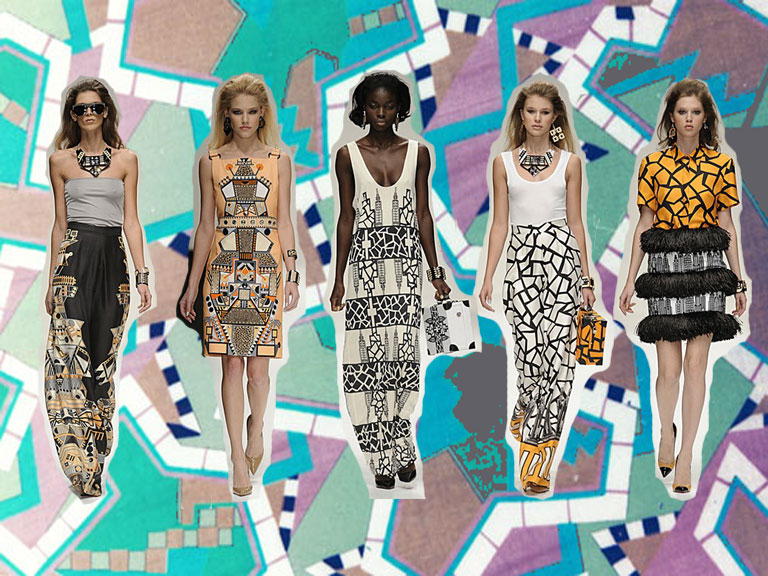 Characterized by the richness of its proposals, the memphis style is also present in fashion, in graphic and product design, having also an influence on architecture. With highly geometric patterns and shapes, products inspired by the memphis style are fascinating the World while there is an endless list of fashion designers following this trend. Christian Dior and Edeline Lee are only the most prestigious fashion houses that explored some interesting memphis elements in their collections, trying to reinvent the fun and the energy into the world of design.

Clearing all the rules of the past, the memphis group frees itself from its contemporaries and unveils colored, playful pieces of design which were firstly considered unacceptable at the time. Nowadays, this is more and more popular, probably becoming the next design trend.

Moving Online to In-line and In-Store

11 Comments to
"A Design Heresy….Stuck Inside of The Mobile with The Memphis Style Again and Again"

Moving Online to In-line and In-Store

The time when there was a huge distance between the online, virtual, digital world and the offline material reality is...